The Star of Evangelist, Donavon Armburster, Shares His Story 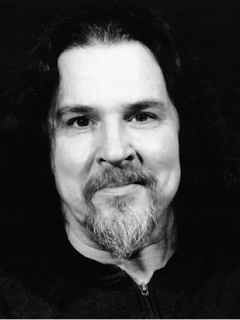 Our producer has asked that I share a little of my story, as a way to whet your general interest and hopefully spark your consideration for support of our film, THE EVANGELIST.

I was introduced to the project through an elder of my church who had seen the script and was familiar with the filmmakers. Through him we exchanged contacts and I arranged to be seen for an audition. Initially, I was intrigued merely by the premise - the archetypal fall of a man abusive of his powers. But the script impressed me - I was immediately drawn into the story and the complexities of the Reverend's behavior. From an actor's perspective, the role afforded the challenging task of balancing the character's cons, convictions and contradictions through an arch of increasing desparation. I knew an opportunity to study the role was ripe with possibilities.

As for my own story, I've been acting for the better part of over 35 years. I became an actor in my middle teen years, having the good fortune to be accepted into the Children's Theatre Company and School of Minneapolis where I received much of my early formal training. The Children's Theatre became a springboard for other companies like the Small Change Original Theatre of Minneapolis and the Chimera Theatre in St. Paul, and I built up a strong background in musical theatre and in classical drama. I eventually began to branch out regionally, appearing in a diversity of projects that included several summer stock productions with the Northern Lights Playhouse; traveling in educational school tours for the University of Wisconsin - Madison; performing in dinner theatre at the Fireside Playhouse in MY FAIR LADY; and eventually working my way to the east coast where I began my apprenticeship with Actor's Equity Association.

After a season of summer stock in New Hampshire (appearing as PIPPIN and opposite Georgia Engels in THE GREAT SEBASTIANS), I moved to New York City, and on my second day was cast in an Off-Broadway production of PIRATES OF PENZANCE with the Light Opera of Manhattan. Over the next few years I appeared in a dozen Off-Broadway musicals and operettas, occasionally taking roles in larger venues in New Jersey (as Curley in OKLAHOMA) and in Brooklyn (as Perchik in FIDDLER ON THE ROOF). It was around this time a friend on the west coast invited me to Los Angeles and convinced me to try my hand in the film and television industry there.

While the caliber of roles I was offered was far different than what I'd grown accustomed to in the theatre, Los Angeles did provide me the opportunity to meet and work with several actors and directors that I admired. Making several small appearances in abandoned pilots, failed series and forgotten made-for-television movies provided me the opportunity to work with Walter Matthau, Carol Burnett, Pat Morita, Diane Keaton, Kirstie Alley and occasionally appear in an episode of HILL STREET BLUES or FAME, the series. Theatrically, I appeared as Horatio in a production of HAMLET in Pasadena, but over time the gypsy lifestyle I'd been living for the past decade was beginning to loose its allure, and I eventually turned to professional opportunities outside of "Show Business" that offered a more stationary and secure livelihood.
I met my wife in the early 90s, and after surviving the earthquakes, fires. floods and riots of L.A. (not to mention three stolen vehicles), we decided to leave southern California and start a family in Madison. By the year 2000, I'd been away from acting for several years, with no deliberate plans to return, when by chance I happened across an audtion notice for a local production of YOU CAN'T TAKE IT WITH YOU. It was the first live theatre show I'd seen as a kid - and I thought, "wouldn't it be fun to do just one more show". Besides, my wife had never seen me on stage and I knew the show intimately.

The result was like an opening of Pandora's box, but in a good sense - the past thirteen years have been as almost constant succession of productions with nearly every theatre company in Madison: Forward Theatre, Madison Rep, Children's Theatre of Madison, Strollers Theatre, Four Seasons Theatre, Madison Savoyards, Madison Theatre Guild and many others. This "second act" in my career has allowed me to essay a large and diverse variety of roles including: Higgins in MY FAIR LADY; Claudius in HAMLET; Moss in GLENGARRY GLEN ROSS; Fagin in OLIVER!; Alceste in THE MISANTHROPE; Koko in THE MIKADO; Father in RAGTIME; Dunois in SAINT JOAN; Yvonne in ART; Jack Pointe in YEOMEN OF THE GUARD; Jerry in A ZOO STORY; Don Quixote in MAN OF LA MANCHA and dozens of other plays and projects. Currently, I'm appearing on stage with CTM's,  AND THEN THEY CAME FOR ME: REMEMBERING THE WORLD OF ANNE FRANK in the Playhouse Theatre of Overture Center.
Please consider making a Kickstarter contribution that will help us make a reality of our film, THE EVANGELIST. You'll be supporting the arts, encouraging independent filmmaking and have the bragging rights of having financed a movie.

Thank you for you interest in this project. Best wishes.

Email ThisBlogThis!Share to TwitterShare to FacebookShare to Pinterest
Newer Post Older Post Home
Discover the Essence of Greed... "For where your treasure is, there your heart will be also..." - Matthew 6:21